The Rocher de Bellevarde rises to 2817m and the summit of its 1000m high face overlooks Val D’Isere. Through the  breathtaking off piste skiing lines between the rocky spurs of the summit  lies the couloir Table D’Oreintation and l’Antenna.  The Table D’Oreintation is commonly known as the Table and it is a classic off piste route in Val D’Isere that should not be missed.

The Table is one of my favourite routes to guide and to coach in because of its variation and also for its accessibility. If you get the snow conditions right you can start the decent in a wide couloir which opens into a bowl of untracked powder. After the bowl you can then decided to continue left into the trees and end up at the bottom of the cable car lift. The second exit option is handrail to the right and work your way back onto the piste of the famous World Cup downhill run Le Face.

FREEFLO specialises in progressive on and off piste ski instruction, backcountry ski touring and women specific ski courses. We offer personal British ski lessons for skiers of all abilities, though our sweet spot is helping competent skiers to improve their technique on and off piste and in the backcountry. Our intuitive coach-approach will help you to progress, have fun and enjoy the full freedom of the mountains in a safe and confident manner.

Step into your next adventure and email: [email protected] or visit www.freefloski.com

For more ideas for adventures and activities in France visit: Active Azur

I just love Spring time. Its warmer, the snow pack is more stable and I have more time to go on adventures. Last year touring up and skiing down the 48 degree North Face of the Pramecou on the 9th May 2016 with adventurer and good friend Squash Falconer was one of my vivd memories of 2015/16. From that day onwards we came up with the idea of running backcountry adventures together to inspire, to teach and to motivate people to adventure into the back country. With one of the largest winter store retailers Snow & Rock behind us, in a few days time I am looking forward joining up with Squash and to leading the Snow and Rock Back Country 5 day Backcountry Adventure in Tignes and Val D’Isere.

FREEFLO specializes in progressive on and off-piste ski instruction, backcountry ski touring and women-specific ski courses. We offer personal British ski instruction for skiers of all abilities. Our primary objective is helping competent skiers to improve their technique on and off-piste and in the backcountry. Our intuitive coach approach will help you to progress, have fun and enjoy the full freedom of the mountains in a safe and confident manner. 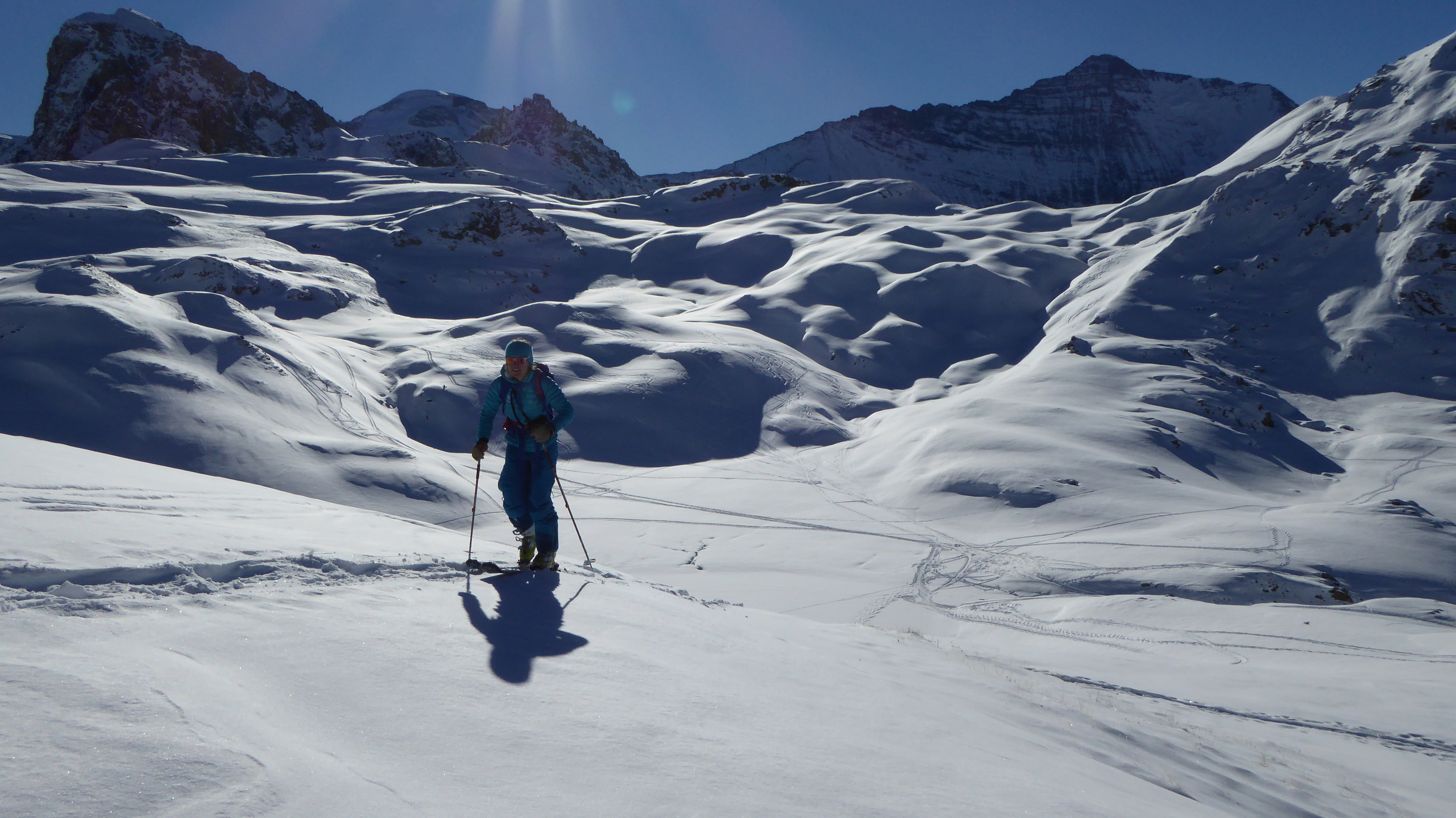 Tignes and Val D’Isere together is one of the largest ski areas in Europe. Behind the ski slopes you have the wilderness and tranquillity of the Vanoise National Park which offers amazing off piste skiing routes and ski tours. This is a short video of skiing off piste to the refuge de Leisse and ski touring back to Tignes which can be achieved on a day.